Let Out of the Blue Yacht Charters help you plan a beautiful vacation in Belize aboard a private luxury yacht. It is on the eastern coast of Central America, with Caribbean Sea shorelines to the east and dense jungle to the west. Offshore is the massive Belize Barrier Reef, dotted with hundreds of low-lying islands called Cayes.  Belize’s jungle areas are home to Mayan ruins like Caracol, renowned for its towering pyramid. Belize is steeped in history with St George’s Caye which was the first capital of the British settlement in Belize.  Coastal Belize is protected by a magnificent system of islands and barrier reefs which are listed as a UNESCO World Heritage site and is a fantastic sailing destination with some of the best Scuba diving and fishing in the world. The Belize barrier reef is the second-largest barrier reef in the world. Consisting of hundreds of Sand Cayes, Mangrove Forests, Coastal Lagoons and Estuaries. The Belize reef habitat supports 3 species of Grouper, Rays, Nurse Sharks, Sea Turtles and Dolphins and you can even see a bird called the Red- Footed Booby. Belize is considered to have one of the highest levels of marine Biodiversity.  This reef is also home to The Great Blue Hole which is a world-class destination for recreational scuba divers attracted by the opportunity to dive in crystal-clear waters and see myriad species of marine life including tropical fish and spectacular coral formations.

The beauty of the barrier reef system and amazing weather are part of what makes this tropical destination so special for a yacht charter vacation. You will have 2 Itinerary options: cruising a Northern or Southern itinerary. You will be able to visit many popular sailing destinations such as a great post card destination like Goff’s Caye, also sailing to the Bluefield Range you will be able to enjoy kayaking.  Other itinerary examples include sailing to South Water Caye for an outstanding snorkeling experience or sailing to the sleepy island of Caye Caulker, fish along the way and enjoy a swim on arrival. ‘No shirt, no shoes, no problem’ is the motto of this island and typifies the vibe. You can enjoy a morning of snorkeling at one of the Northern Marine Reserves where you will be able to swim with Rays and Nurse sharks.  And finally, be sure to include Ambergris Caye to your itinerary.  It is only a quarter of a mile from the barrier reef. It’s one of the best locations in the world for scuba diving, snorkeling and sports fishing. The main town San Pedro has the broadest range of tourist amenities in Belize, including arts and craft shops, boutique hotels, fine dining establishments and plenty of local eateries to explore. For those wanting to get off the boat and explore, we recommend renting a golf cart and going north, there are some internationally acclaimed fun beach bars, boutique retreats for spa treatments and some of the best beaches on the island to relax on, including the (not so secret) Secret Beach.  Search for a Yacht in Belize 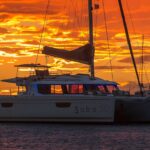 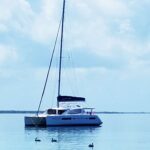 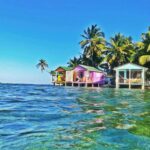 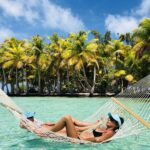